An interview made in Italian, by our Project Coordinator David Chiaramonti, RE-CORD.

You can listen to it by clicking here

You may read the english translation below.

Maurizio Melis (speaker) “Good evening, welcome to SmartCity: BIO4A (Advanced Sustainable Biofuels for Aviation) is the name of the new EU-financed Horizon2020 project that will experience the production of aviation biofuels from residual lipids, such as low-impact vegetable oils, for the first time in Europe. We are speaking of 5,000 tons of sustainable aviation fuel (biojet), which will be used in commercial flights. It should be specified that the aviation sector is now very far from electrical breakthroughs, even if electric and even solar airplanes are not impossible to achieve with current technologies. However, as it is not possible to produce electric aircrafts that even remotely perform like normal vehicles, the sustainability of the flight totally relies, at least in this phase, on the sustainability of the fuel. We will talk about it with David Chiaramonti, President of the research consortium RECORD (Consortium for Research and Demonstration on Renewable Energy), founded and participated by the University of Florence (Italy) as well as the project coordinator of Bio4a. Good evening David Chiaramonti, welcome again!”

“First of all, just clarify us one thing: what is the difference between a sustainable aviation fuel and a biofuel for cars? Everyone knows biodiesel exist!”

David Chiaramonti “You may have no problem traveling on a car with a fuel like biodiesel, looking like a hydrocarbon and containing oxygen, but certainly you would never be allowed to get on an airplane fuelled with something similar to kerosene. It has to be a hydrocarbon meeting all specifications of aviation fuels, which are particularly sophisticated and stringent. What we are talking about is a renewable fuel of biological origin but in all respects analogous to a kerosene of fossil origin which is commonly used in daily flights.” 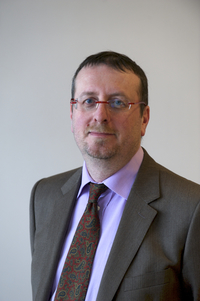 D. C. “Concerning issues such as the fuel freezing point, according to the ASTM international specifications our sustainable aviation fuel freezes at -41° Celsius degrees. In the meantime, however, the fuel has other functions such as refrigerating certain parts of the other on-board machines: therefore, it must also withstand high temperatures, without obviously leaving residues within the fuel circuit.”

M. M. “Here, this was to explain why it is not the same thing to produce biodiesel or sustainable aviation fuel. Now, let’s talk about the qualifying aspects of this project, compared to other previous projects on the same topic”.

D. C. “They are essentially two. On one hand, we will complete a large-scale production of 5.000 tonnes of sustainable aviation fuel: such target has never been accomplished within a project financed by the European commission. Furthermore, it will occur within a retrofitted biorefinery and, therefore, in a non-segregated way: that is in a consistent way with the normal management practices of fossil fuels.”

M. M. “So, let’s say, a full-scale field related to the necessary production of biodiesel for aviation. Will it happen in Marseille (France), won’t it?”

D. C. “The plant we are referring to is the La Méde Total plant near Marseilles (France): Total has bought the license to use a technology which has been developed by Axens. It is important to note that this technology has never been tested in biojet production.”

M. M. “That means we are talking about fats deriving from other organic processes. Raw material is related to another task of this project related to the identification of the sources of fats of vegetable origin, as the supply issue is anything but trivial, isn’t it?”

D. C. “The supplying matter is the heart of the problem. Indeed, another distinguishing element of BIO4A is a research activity to explore new supply options by means of studying marginal lands within the Mediterranean area. Such region is currently affected by a desertification process, while it has a strategic potential of 8,5 million of hectares of marginal lands (which have been estimated on the course of other European-financed projects).

M. M. “That means, those lands currently being in the process of desertification cannot be successfully exploited by traditional agriculture because they would give very low yields”

D. C. “Exactly, they are not of economic interest: the World Atlas of Desertification, published by the Joint Research Centre of the European Commission, depicts such situation in a clear and detailed way.”

M. M. “So, what are you planning to do with those type of lands?”

D. C. “This issue may be addressed by means of a two-front strategy, that is cultivating oilseed raw materials able to withstand dry conditions while improving soil quality level thanks to biochar out of lignocellulosic raw materials and compost, the latter providing readily available carbon for the crops. By means of this process both water retention and structure of the soil are increased, positively affecting the ability of such oleaginous plants to grow under the above-mentioned harsh conditions. Camelina (Camelina Sativa), which is similar to the thistle (Carduus) or other plants of Southern Europe (Mediterranean area, has been chosen because of its great performances in extremely drought conditions as the ones we have been recording for a long time in our geographical areas.”

M. M. “That’s why there is a very strong debate about the risk that crops aimed at producing biofuels of any kind subtract agricultural lands from food production. Then you are trying to solve this problem by utilising and restructuring marginal lands where nothing would grow”.

D. C. “The raw materials being studied and utilised in the BOI4A project are referred as low-ILUC biofuels within the proposal of the new Renewable Energy Directive. Since the ILUC effect is related to the indirect change in land use, such definition implies the fact that those unprocessed materials generate a minor effect on transforming the usage of soil.”

D. C. “First, we will start immediately to study and to operate on the marginal lands of the Mediterranean, as well as to produce the biochar and to cultivate the Camelina in experimental plots. By the middle of 2021 we will complete a the large-scale we previously mentioned and in 2022 a number of passenger flights will be conducted thanks to several off-take agreements with different airlines companies. Finally, it will be possible to test the whole supply chain and therefore to evaluate performance on the field.”

M. M. “Concerning biofuels, a public discussion is taking place at the European level as a new RED, that is a new sectorial regulation, is expected for 2021. I would like to understand what are the most significant aspects that are currently being debated”

D. C. “This new directive, which will cover precisely from 1st January 2021 to 2030, lists raw materials such as residual lignocellulosic raw materials of various kinds that may be converted into the so-called advanced fuels.The “advanced” feature is related to the aspect of sustainability.“

M. M. “With regard to the problem of land use and the subtraction of agricultural lands from food production: advanced biofuels refer to this point of view. It is a rather delicate issue actually, because the North and the South of Europe often have different ideas and conditions and Directives like this waver in some cases.“

D. C.  “Absolutely. Over the years, one of the recurrent problems arising within the dialogue with the European institutions is about climate change, soil quality as well as and agricultural and social issues. The conditions of southern Europe, central Europe and northern Europe are objectively different: there is the necessity to solve these issues according to each context rather than proposing a one-fits-all solution.”

M. M. “In short, we are in a game where everyone has to play well to obtain something: Italy has usually not played too well. Thanks David Chiaramonti.”